David A. Bayer | Hall of Fame | SIU College of Business 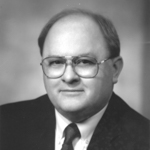 At the time of induction, Bayer served as president and owner of dbX Corporation. Prior to his appointment, he had been the owner and operator of paging and cellular systems in the United States through his company, CyberTel Corporation for over 20 years. In November 1991, CyberTel was sold to Ameritech Corporation. || 1961 BS Marketing – SIU