Are you an alumni/professional and interested in becoming a Mentor? You can submit an application to become a mentor here.

Mr. Bodine is an Client Business Partner within the North American Financial Services Group managing key relationships with Nielsen financial services clients based in the U.S. Prior to joining Nielsen, Shawn began his career as an intern for Wells Fargo and concluding his 8 year career as a Vice-President and Sales Manager within the organization. Mr. Bodine has also worked with M&I Bank and JP Morgan Chase as an Assistant Vice-President of Sales before becoming a Senior Regional Manager for BAI, based in Chicago. Shawn graduated from the SIU College of Business and Analytics in 2000 with a major in Marketing and received his M.B.A. from Capella University in 2009 with a major in Marketing.

Chad Brandon is a Certified Risk Architect at the Tedrick Group in Mount Vernon, Illinois. He partners with middle market organizations to design and build custom risk management programs in order to improve quality and increase efficiency. Prior to this, he worked at MB Financial Bank from 2003 to 2010, in positions including credit analyst, commercial banking officer, assistant Vice President and Vice President of Commercial Banking.  He graduated from SIU with a BS in Finance in 2003, and earned his M.B.A. at DePaul University in 2009.

Betty L. Brennan earned a bachelor's degree in marketing from SIUC in 1989 and a M.B.A. from Missouri State University (formerly Southwest Missouri State University) in 1992. She is co-founder and president of Taylor Studios Inc., in Rantoul, a custom exhibit design and fabrication firm specializing in natural history exhibits for museums and nature centers. The staff includes designers, historians, artists, illustrators, researchers and project managers.

Ms. Penny Clancy is Vice President of Human Resources, Sentinel Technologies, Inc., Downers Grove, Illinois. Her company has been recognized for more than 25 years as a leader in providing business technology services from end-to-end solutions to targeted applications. As such, Sentinel is one of the leading IT services and solutions providers in the United States. Ms. Clancy graduated from Illinois State University with majors in Human Resource Management and Business Administration. Prior to assuming her position as Vice President of Human Resources, Ms. Clancy was Director of Human Resources and, prior to that position, Director of Corporate Recruiting; these positions were also at Sentinel Technologies. Prior to joining her current organization, Ms. Clancy held management positions at Astro-Tech Cleaning and Maintenance Professionals, Inc. and at Information Technologies International, Inc. 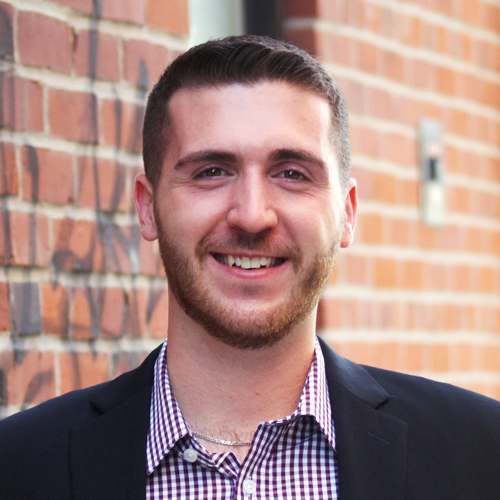 Cody Dees is a graduated with his marketing degree in 2015. Although a recent graduate, Cody has taken his role as an active alum of Southern Illinois University very seriously and has remained in close contact with the College of Business and Analytics since graduation. Cody relocated to Champaign, Illinois, after graduation and works for the certified destination organization, Visit Champaign County. He currently serves as their Visitor Services Manager and reports directly to the VP of Marketing. In this role, Cody manages all social media platforms and serves as a copy writer for various mediums of communication amplifying the organizations brand, among several other marketing duties. In addition to his professional roles, Cody has participated on various boards, committees, and visioning sessions to help build a stronger community and brand presence for Champaign County. Cody shares that he has had several mentors in his life and still has them to this day. “I had an incredible tenure at SIU and I made a vow to myself before I graduated that I would try and re-create these experiences for future salukis in any way that I can.” 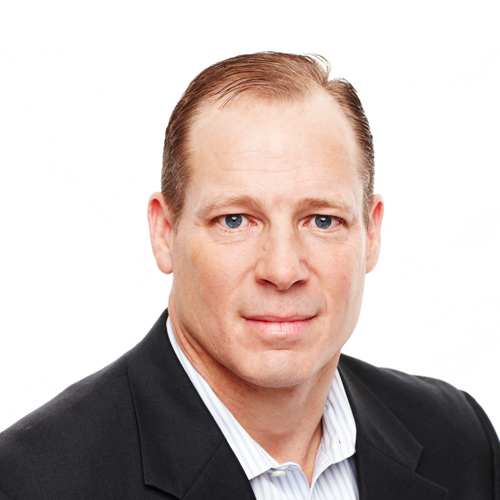 Ken Hannah is the chief financial officer for Caleres, Inc., a $2.6 billion global, footwear company that puts consumers and their needs first, by targeting the Family, Healthy Living and Contemporary Fashion platforms. He oversees all aspects of the company’s domestic and international finance, accounting, treasury, tax, real estate, asset management and investor relations functions. In addition, he serves on the company’s Investment Committee.

Prior to joining Caleres, Hannah served as executive vice president and chief financial officer to JCPenney, responsible for leadership of all finance, stores, purchasing and communication functions. He served as a member of the Executive Board and Chairman of the Investment Committee for the company’s $5 billion pension plan and $3 billion 401k plan.

Elizabeth F. Kepuraitis is president of F&B Manufacturing Company in Phoenix, Arizona. With annual sales of $17 million, the company is a premier manufacturer of formed metal products. Customers include GE, Honeywell, Boeing and the U.S. Military. She was hired as the Chief Financial Officer in 1993 and then became the president in 1997.

Prior to joining F&B Manufacturing Company in 1993, Kepuraitis worked for Bradley Printing, a subsidiary of World Color Press, as the Chief Financial Officer. From 1981 to 1999 she worked for Deloitte & Touché as a Senior Audit Manager.

Elizabeth received a degree in accounting from SIU College of Business and Analytics in 1981. She also completed various management programs at Dartmouth University’s Amos Tuck School of Business Administration, and she is a certified public accountant.

Kepuraitis was inducted into the College of Business and Analytics Hall of Fame in 2008.

Richard W. Klassen earned a B.S. in marketing in 1975 from SIU. He is the retired chief marketing and sales officer of Delta Dental of Missouri where he was responsible for all of Delta’s sales and marketing Initiatives. Klassen’s focus has been on the strategic alignment of the corporation within the employee benefits market dealing with companies of 10 employees up to Fortune 500 companies including the St Louis Cardinals, Enterprise Rent-A-Car, Boeing, and Anheuser-Busch. Klassen is a member of the College of Business Hall of Fame. Klassen is a member of the Better Business Bureau Board, the College of Business External Advisory Board and the personnel committee for Ladue Chapel. He also participates in the St Louis Ambassadors and Regional Commerce and Growth Association. Mr. Klassen completed SIU’s Flight School and became a licensed Flight Instructor in 1972. He has been a Marketing EAB member since fall 2004, and served as Board Chair in 2009, Vice Chair in 2008, Board Secretary in 2007 and was a Saluki Expo Committee member.

Nick Mergen joined the SIU College of Business and Analytics Marketing Program External Advisory Board in 2014. He is currently the district marketing manager for Federated Insurance in O’Fallon, IL. He manages the Southern Illinois District consisting of eight territories. He received his Bachelor of Business Administration in marketing from the University of Wisconsin, Milwaukee in 2001.

Mergen comes to the board with over 10 years of experience with Federated Insurance. His experience there has allowed him to witness first-hand the inner workings of a multi-billion dollar company and has provided him experience with buying groups, recruiting, hiring and training.

He joined the Marketing Advisory Board so he could share what he has learned through his success at Federated with the College of Business and Analytics students that the company will recruit and hire. He looks forward to working with the college to better prepare students for their future careers. Board Secretary for 2016/2017. 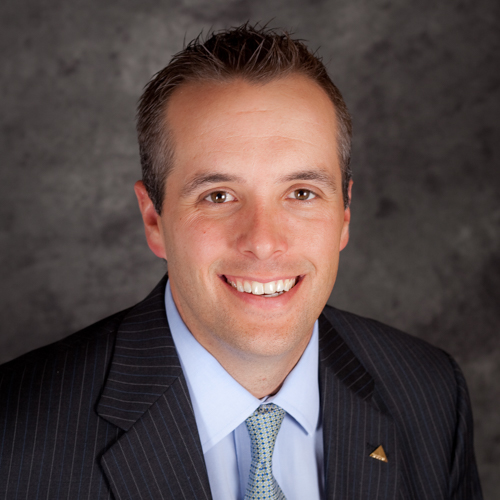 Scott Pate is the Area Business Manager, SVP for Regions Private Wealth Management group in South Alabama and Florida Panhandle. In this role, he works closely with the market’s Wealth Advisors to deliver comprehensive financial solutions to the bank’s best clients. Prior to joining Regions in 2008, Scott held Commercial and Retail leadership roles with Old National Bank.

Scott received a Bachelor of Science degree from Southern Illinois University in 2000 and also earned an M.B.A. from SIU in 2004. In 2015, he was recognized with the SIU Distinguished Alumni Award for Young Alumni Achievement. Scott and his wife, Alicia, reside in Spanish Fort, Alabama, with their two children.

Kevin has been an Organization and Leadership Development professional for the past 34 years. From 1994-2007, Kevin was Senior Director of Organization Development at Microsoft Corp. Kevin worked closely with Bill Gates and Steve Ballmer in leading Executive Retreats during that time. During his years at Microsoft, Kevin conducted over 100 Executive product planning retreats. Kevin also lead Strategic Planning retreats focused on Microsoft Product Strategy for all of Microsoft’s major product groups. Kevin coached leaders as part of Microsoft’s Executive Development Bench Program. He also designed and developed many of the leadership and management development courses that more than 12,000 Microsoft leaders attended. Since leaving Microsoft, Kevin has done similar work as an external consultant with NICE Systems, Sempra Utilities, Oracle Corp, the Bill and Melinda Gates Foundation, Intel Corp, Prudential Financial, Abbott Labs. In 2009,2010, Kevin was Systems Director of Leadership Development for Memorial Health Systems of Central Illinois. Kevin is currently a Senior Consultant with Power and Systems and also an adjunct faculty member of the University of Illinois MBA Program, where he has taught since 2007. Kevin lives in southern Illinois.

Sigmund Saltz, President of Comiskey Research, has over thirty years of marketing and research experience. Shortly after graduating from SIUC in 1970, Mr. Saltz joined the marketing department of Norwich-Eaton Products where he worked as an Assistant Product Manager. Since Norwich-Eaton, he has held increasingly more responsible marketing positions with Armour-Swift-Eckrich, Land-O-Frost, and Booth Seafood. Mr. Saltz has taught marketing research at Oakton Community College in Des Plaines, IL, lectured on marketing and research at Columbia College-Chicago, and is a past President of the Chicago Chapter of the Marketing Research Association. He has been an board member since fall 2006, serving as Past Board Secretary in 2009, Vice Chair in 2010 and Board Chair in 2011. He is also a member of the New Member Orientation Programs Committee.

Drew Stoker is a Contracts & Pricing Manager in International Contracts & Finance in Boeing's Defense, Space & Security (BDS) business unit. He provides contract development and negotiation support to BDS businesses pursuing contract awards with international customers for military aircraft and security programs. Drew's career has also included significant contracting experience with U.S. Government procurements of Boeing's military aircraft programs. He graduated from Southern Illinois University Carbondale with a B.S. in Finance. Drew then entered the U.S. Navy for eight years where he was a Naval Aviator. Following the Navy, he went to work for McDonnell Douglas in St. Louis, Missouri in 1982 which merged with The Boeing Company in 1997. Drew is active as a Boy Scouts of America volunteer leader where he assists Scouts advance from Life-to-Eagle rank and organizes and plans Boy Scout High Adventure trips.